We are pleased to announce that the recipient of the 2014 Nadia Nerina Scholarship is the School’s first ever South Korean student, 16-year-old Joonhyuk Jun, marking the fifth year of this scholarship.

The Nadia Nerina Scholarship, a gift in perpetuity to The Royal Ballet School from The Philip Loubser Foundation, is designed to support exceptionally talented students from beyond the European Union. A full scholarship is awarded to a non-European Union student every second year and supports them for their three years at The Royal Ballet School. The intention is that the first year student has a ‘mentor’ in the graduate year who has also benefitted from the scholarship.

Catherine Loubser on behalf of the Philip Loubser Foundation said:

‘We are delighted that Joon, the first South Korean student at The Royal Ballet School, has been awarded the Nadia Nerina Scholarship 2014. The first two scholars – Esteban Hernandez of Mexico and Hannah Bettes of the USA – have started their professional careers with San Francisco Ballet and Boston Ballet respectively.

‘We are sure Joon will follow in their footsteps, celebrating the achievement of Nadia Nerina – the great ballerina in whose honour this scholarship is awarded by The Royal Ballet School’.

‘We are incredibly grateful to The Philip Loubser Foundation for their continued generosity providing this scholarship. It enables gifted young dancers like Joon to train with us and reach their full potential. Without their support, and that of other generous donors, this would not be possible.’

Born in Gwang-Ju in South Korea, Joon began training seriously at the age of four. For the past eight years he has trained as an apprentice with The Korea National Institute for the Gifted in Arts in Seoul. 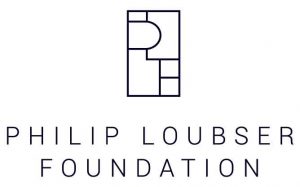