On Monday 25 April 2016, students at the Upper School were paid a visit by Papillon, a new project by Anna Phoebe and Nicolas Rizzi, combining raw Eastern inspired violin and guitar melodies set within cinematic soundscapes. 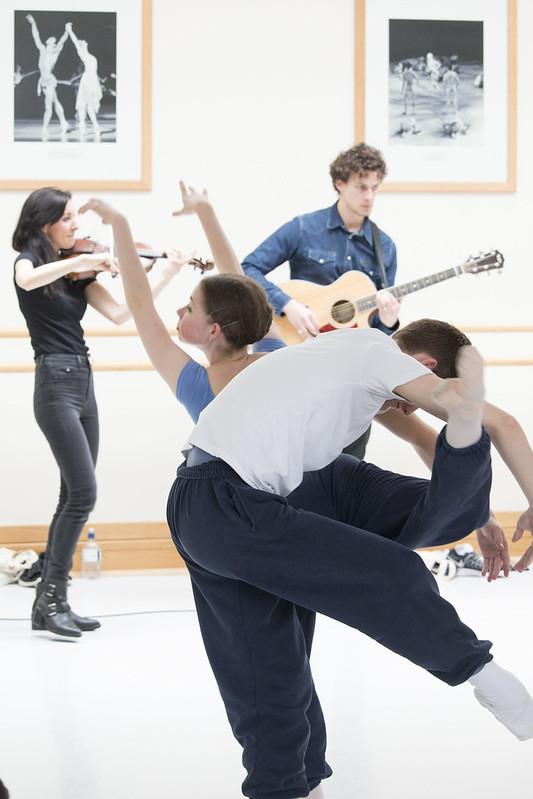 The students improvised dance in pairs to the live musical accompaniment provided by the duo. This forms part of their choreographic training, complementing their classical ballet classes.

They were then joined by duo, Adriano Adewale and Jenny Adejayan, who scored work influenced by Monotones.

Anna Phoebe has performed throughout the world as a featured soloist for various artists (Jethro Tull, Roxy Music, Trans Siberian Orchestra) and is now carving a career with her own projects. Together with Nicolas Rizzi and her band Anna released her EP ‘Embrace’ in 2013, followed by the album ‘Between the Shadow and the Soul’, in 2014. As Papillon, Anna and Nicolas will perform their new material in a series of live concerts in 2016, to be followed by the release of their debut album later this year.

Previous live performances include main support for Bob Dylan at the Rock Legends Festival in Poland, the Songlines Encounters Festival at Kings Place in London, and a tour of UK cathedrals including Winchester Cathedral and Liverpool Anglican.

Adriano Adewale moved to London from Brazil in 2000 and formed his first UK band Sambura, which released one album: Cru. Performing in various festivals and venues, Adriano was introduced to Antonio Forcione and soon became part of the Antonio Forcione Quartet which has been performing all over the world, and in which Jenny Adejayan is also a member. .