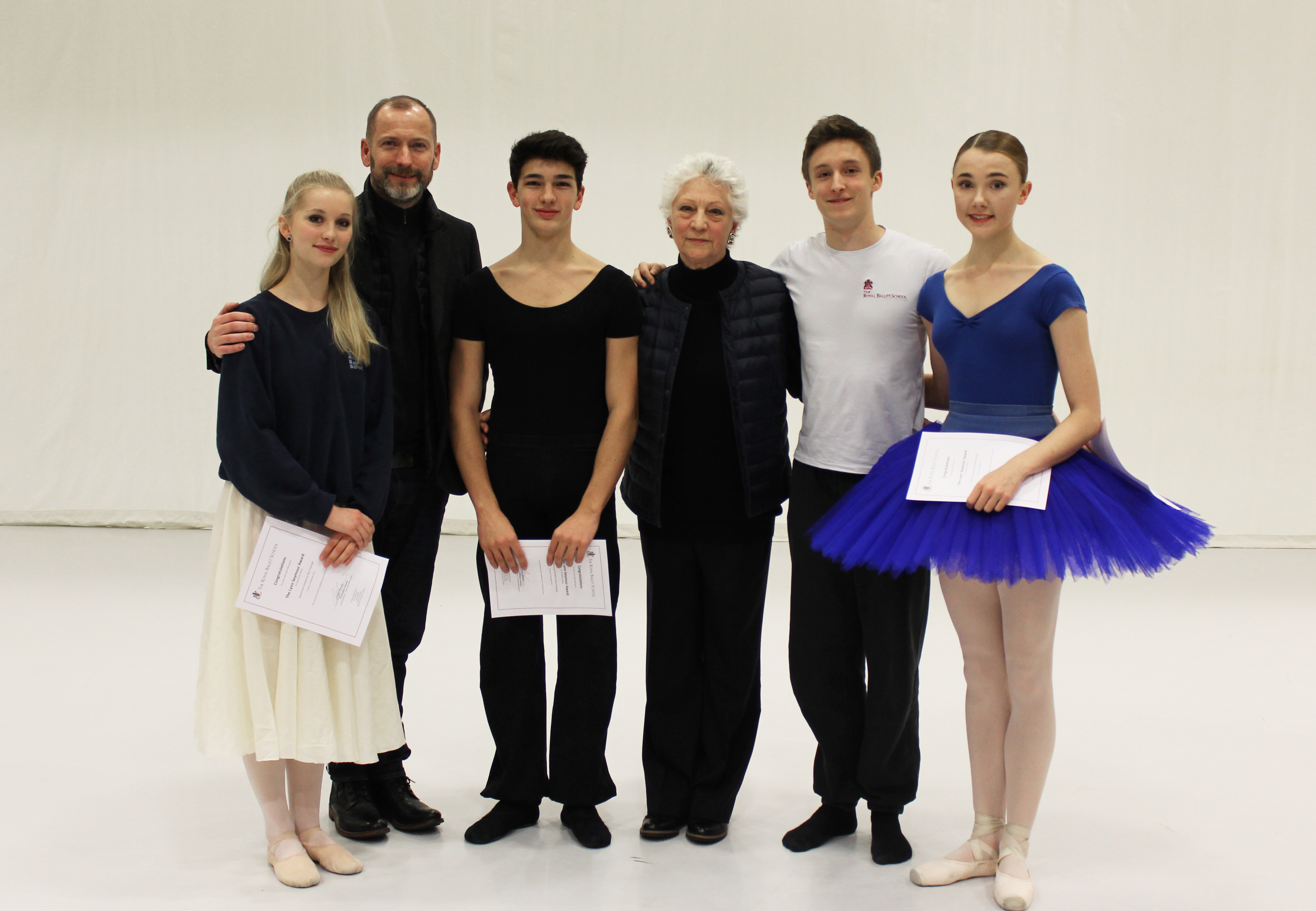 On Tuesday, our 2nd Year students participated in the Lynn Seymour Award for Expressive Dance, performing selected solos in the Linden Studio at our base in Covent Garden.

Each of the 29 students performed an expressive solo of their choice, which they had prepared on their own, without coaching. The winner was Joshua Junker (second from right), with second place awarded to Phoebe Fenwick (far left). In joint third place were Rio Anderson (far right) and Fernando Martin-Gullans (third from left).

Congratulations to everyone who took part and thanks to our panel of judges.