What are the Summer Performances?

Each year in June and July, The Royal Ballet School holds its annual Summer Performances, an invaluable opportunity for students to perform pieces of classical repertoire alongside new choreography. The end of year performances are a chance to witness the exceptional talent of our young dancers and are a must-see for all ballet fans.

This year there were four performances at Opera Holland Park from 28-30 June, and there will be a Sunday matinée at the Royal Opera House on 8 July.

In summary: our 2018 programme

The great Sir Anthony Dowell was among the distinguished guests who worked with students on their Summer shows at Opera Holland Park and the Royal Opera House this year.

Our students had the great privilege of working with Sir Anthony as he presented a restaged version of Act III of Marius Petipa’s The Sleeping Beauty, Aurora’s Wedding.

Approximately 40 dancers were involved from all three years of the Upper School with, at Sir Anthony’s suggestion, students from White Lodge dancing Red Riding Hood and the Wolf. The divertissements also included the revival of Dame Ninette’s Three Ivans and the Bluebird pas de deux, the White Cat and Puss in Boots and the final grand pas de deux between Aurora and her prince.

We also welcomed Robert Binet to the School, to coach 3rd Year students in his ballet Self & Soul, which formed part of the mixed bill. Robert Binet, who was Choreographic Apprentice with The Royal Ballet 2012-13, created Self & Soul for The Erik Bruhn Prize in 2016. It is a dynamic pas de deux, set to music by A Winged Victory for the Sullen, exploring ‘undefined love’.

Renowned Spanish choreographer Nacho Duato rehearsed students in sections of his piece Multiplicity. Inspired by the life and work of Johann Sebastian Bach, it draws on the emotions Bach’s music evoked in the choreographer, and based on the movement language of classical ballet.

Alumnus and freelance choreographer Andrew McNicol created a new work on our 1st Year students. The piece is inspired by Benjamin Britten’s emotive Sea Interludes from his acclaimed opera Peter Grimes. His four interludes, like vignettes, describe life at sea. Andrew said: ‘I am hugely attracted to the nature, imagery and symbolism within Britten’s work. It feels highly physical and something which we can evoke with a large cast and many bodies.’

Tania Fairbairn choreographed a character piece entitled Snegurochka for the younger dancers at White Lodge encompassing all students from Years 7 to 9. The piece was set to ‘incidental music’ from Tchaikovsky’s Snow Maiden and echoed the story of the Snow Maiden using a Russian character dance style.

See the full list of repertoire performed at each night of Opera Holland Park here.

Take a look through photos from our performance rehearsals below: 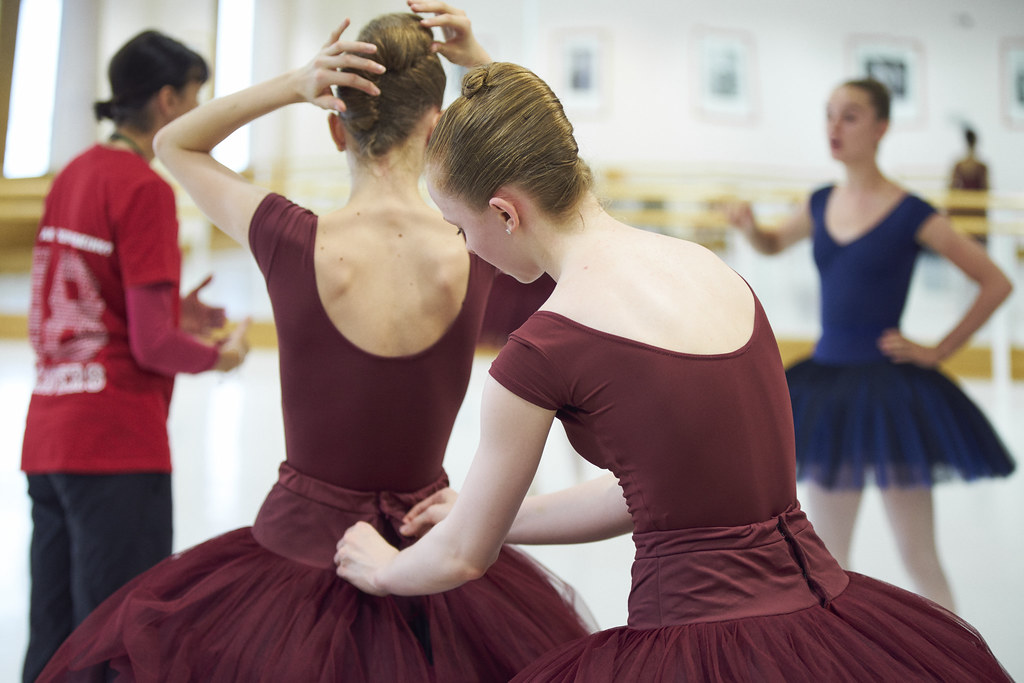