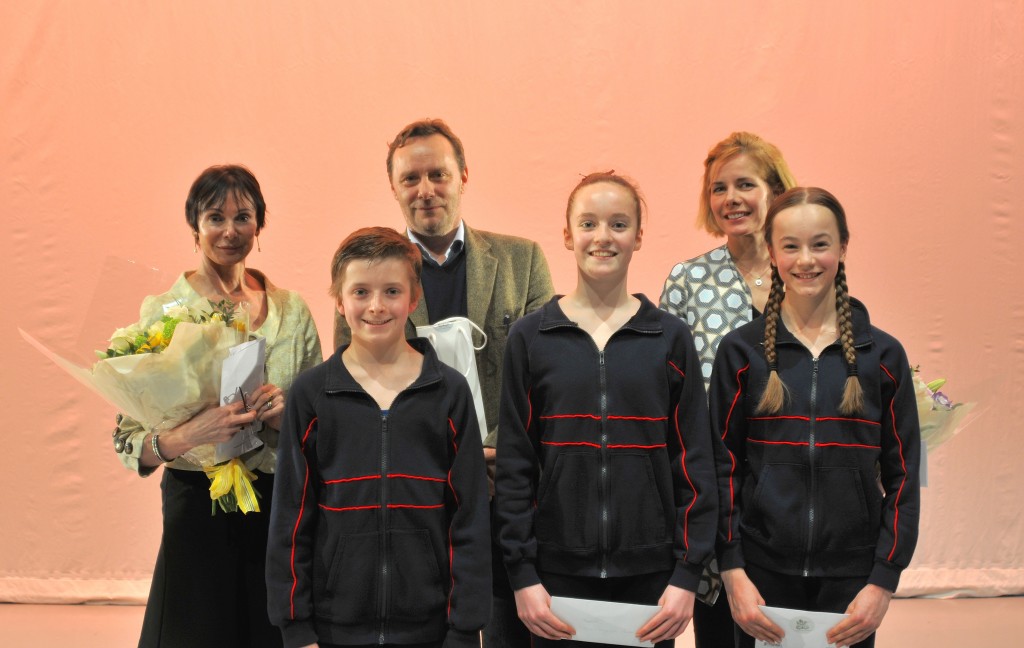 This year a total of 31 entries from students in Years 7, 8 and 9 were shortlisted to just 14, which were performed in front of judges and audience members in the Margot Fonteyn Studio Theatre. The distinguished panel was made up of Darcey Bussell CBE, Marguerite Porter OBE and Michael Nunn.

After much deliberation the winner was announced as Year 8 student Hamish Longley, for his composition Dionaea Muscipula (The Venus Fly Trap), which was set to Shostakovich’s String Quartet no 11 in F Minor.

Second place went to Annabel Pickering, also in Year 8, for her work Fragmented, set to Thomas Newman’s music Lunch with the King. Annabel also won the James Monahan Medal for Most Promising Choreographer. Year 9 student Gillian Whittall was awarded third place for her piece Dance Zulu, set to music of the same name by African Drums. Broken Dolls by Year 8s Emily-Rose Holland and Molly Macdonald was also commended. Our thanks to Peter Wilson for generously sponsoring the first three prizes.

Our older students were also recognised for their achievements at the event with a series of awards. Tori Forsyth-Hecken was awarded the Valerie Adams Prize for Exceptional Talent in Musicality and Dance Quality, Ellie Young won the April Olrich Award for Dynamic Performance and Joseph Irvine won the Frank Freeman Summer School Scholarship.

Congratulations to all involved and our thanks to the judges for giving up their time for the event.

Click photos to enlarge. All photos by Chikako Osawa-Horowitz.