On Friday 26 February, our Upper School students were treated to a visit from theatre and film director, Stephen Daldry. This was part of our Creative Artist Programme, an inspiring series of talks and lectures, offering students an insight into the careers of artists from all areas of the creative industries. Previous guests have included renowned sculptor, Sir Anthony Gormley OBE and actor Sir Derek Jacobi.

Stephen was interviewed by four students and told the audience how he began his career in theatre, about his work as a director on both the film and stage versions of Billy Elliot, and discussed his current projects for theatre and television. 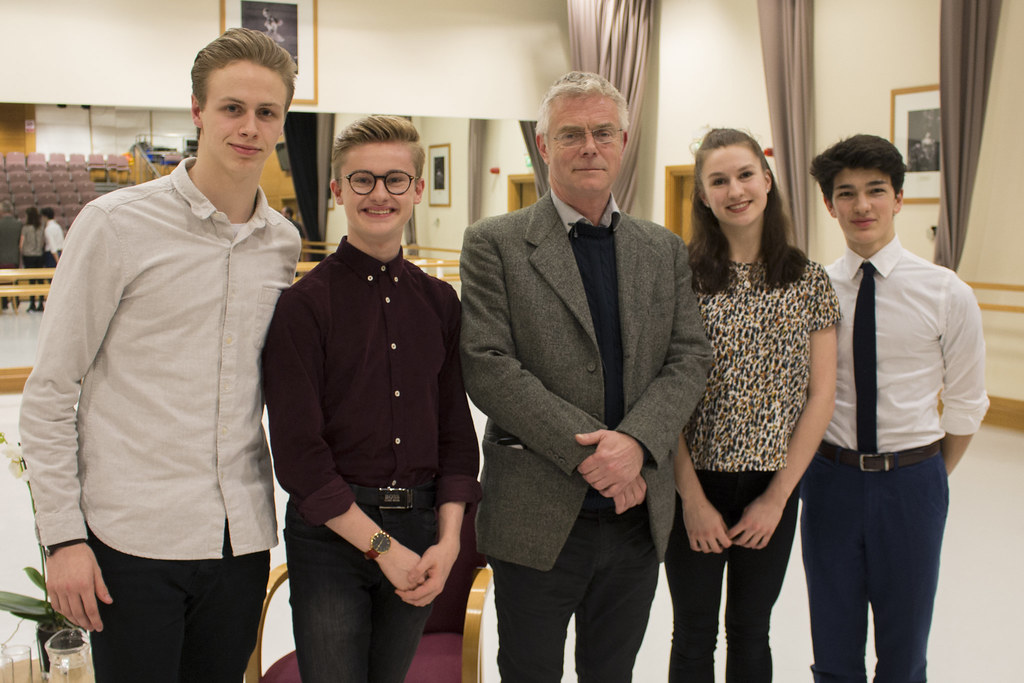 Commenting on his personal connection with ballet, as a result of his work on Billy Elliot, he said:

‘What I think is really amazing about ballet is that, whatever an audience’s background is, wherever they come from or whether they have any education about ballet, audiences understand grace. There is something so unbelievably universal about the connection with dance, that it is not an art form that needs cultural knowledge, because the audience intuitively understands that something extraordinary is happening.

‘I’m sort obsessed with the idea of ballet now, that you can take it into any community, into any context, and people will emotionally and imaginatively respond to it.’

Stephen Daldry won a BAFTA Award for Best British Film for Billy Elliot, as well as a Tony Award in 2009 for Best Direction of a Musical for the stage version of Billy Elliot.