On Monday 18 April 2016, the most successful Olympic sailor of all time, Sir Ben Ainslie CBE came to speak to our Upper School students about his career. A continuation of our Creative Artist Programme, an inspiring series of talks and lectures offering students an insight into the careers of artists from all areas of the creative industries, Sir Ben introduced students to the world of competitive sailing. Previous guests have included renowned sculptor, Sir Anthony Gormley OBE, actor Sir Derek Jacobi CBE and director, Stephen Daldry CBE.

Sir Ben was introduced by entrepreneur, Lloyd Dorfman (below, right) and interviewed by three students from the Upper School. He answered questions about his training, winning his first Olympic medal, his experience of being knighted by the Queen and his current training for the America’s Cup.

When asked about how he began sailing, Sir Ben replied:

‘Growing up there were lots of different things I dreamed of maybe doing one day, but sailing was the one that stuck out. I knew that I had the potential to be really good if I worked at it.’ 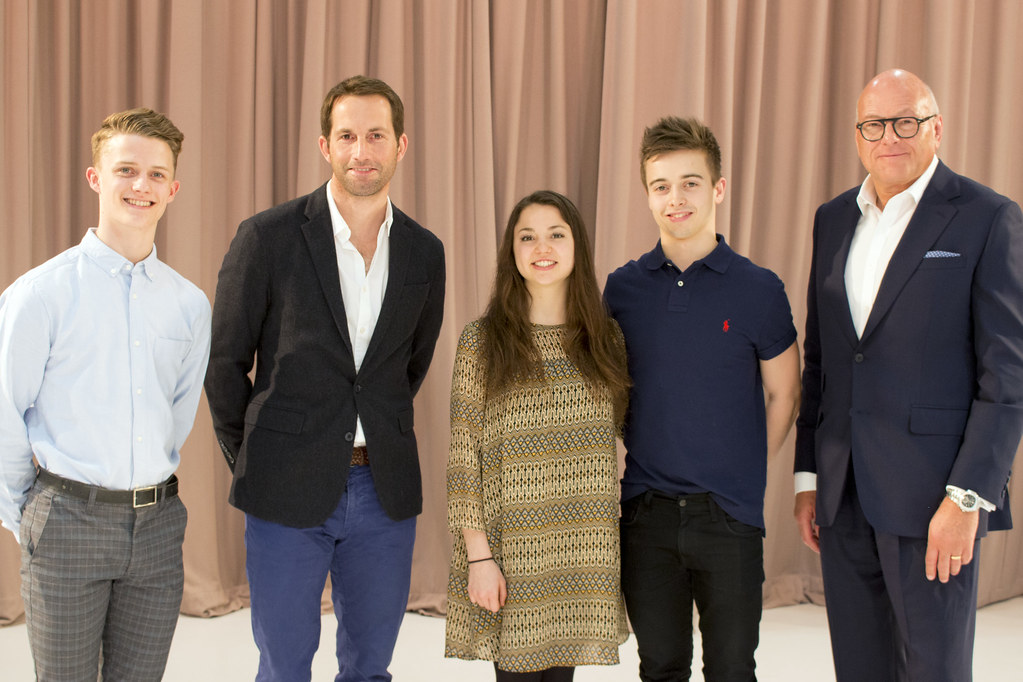 Comparing the rigorous training of ballet to the world of competitive sailing, he commented:

‘There are some people who are super talented, but I think they’re scared of putting absolutely 100% into something in case it doesn’t work out. I think it’s really important, in terms of the psychology of sport or performance, that you take that risk. Because ultimately it is a risk, if you don’t get the result you want but at least if you try and then fail, you know you’ve given it everything.’

‘If there’s one word of advice I could give you it’s to go for it and just give it everything. You know then that there are no questions at the end of it. What have you got to lose? If you get an opportunity in life, you’ve got to take it.’