On Thursday 12 May, children’s author, Michael Morpurgo visited the students at White Lodge and gave an enthralling talk to the whole school. He read an extract from his book, The Amazing Story of Adolphus Tibs and told the story of how he became a writer. 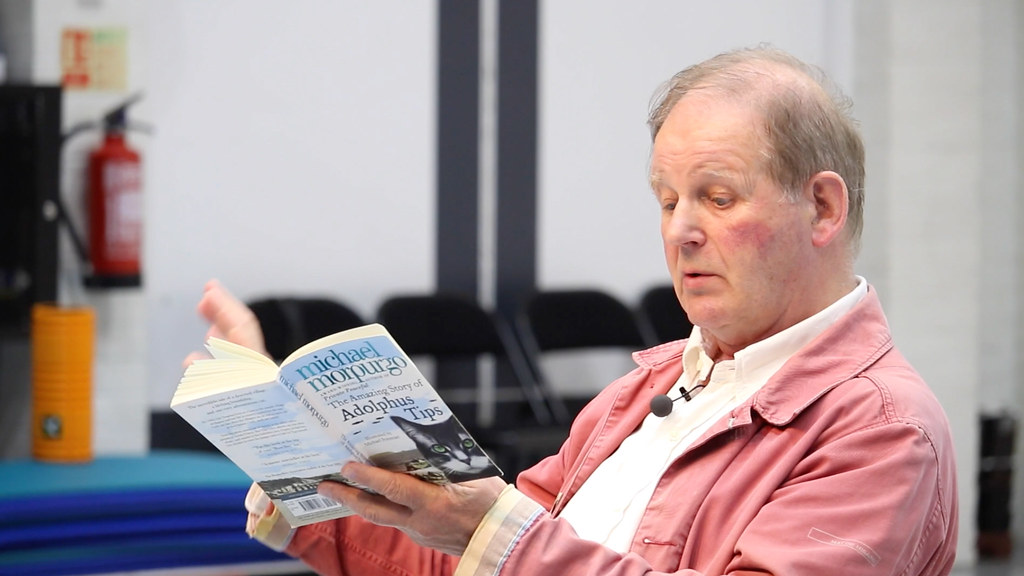 “I wanted to come to this school because I wanted to see how young performers start out in their storytelling life, and I’m here to talk about stories. You tell stories every day. What I saw in the studio was young people telling stories with their bodies.”

“It is storytelling that you are doing. That’s what I do, except I do mine with words, and it’s much less painful on the body.”

“I want to talk about how stories come in all shapes and sizes, with many ways of telling.” 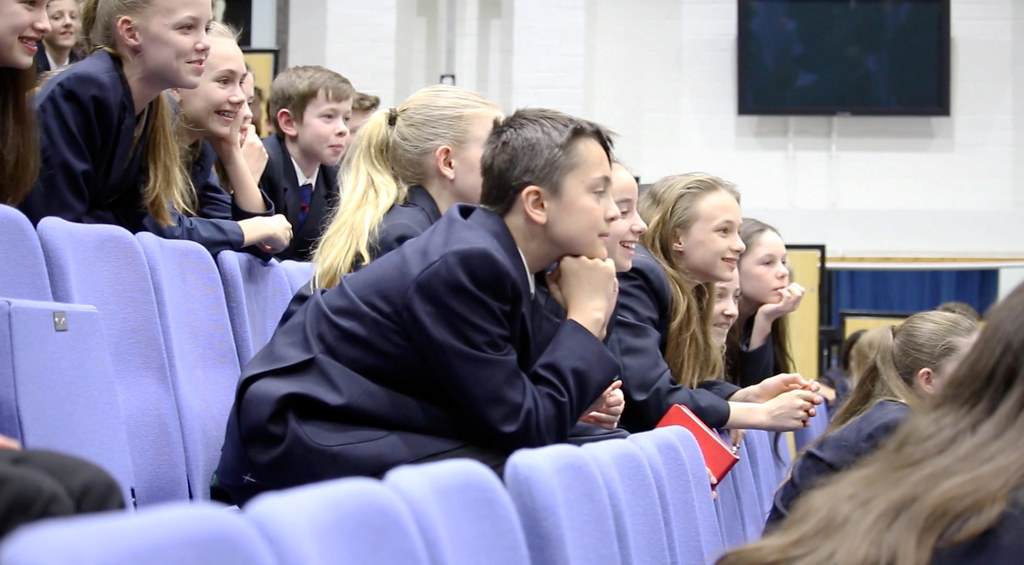 Michael Morpurgo was born in Hertfordshire in 1943. Upon finishing school he entered the army before attending King’s College London to become a teacher. Along with his wife, Clare, Morpurgo set up a charity called Farms for City Children which invites children from the city to come to the farm and discover where their food comes from. The charity has been running for forty years. Over 90,000 children have visited the three farms where the charity now runs, in Wales at Lower Treginnis Farm, in Gloucestershire at Wick Court and in Nethercott in Devon.

Michael Morpurgo has written around 130 books, including War Horse, Private Peaceful, Why the Whales Came, The Butterfly Lion, Kensuke’s Kingdom.

The stage adaptation of Michael’s novel, Running Wild, by Samuel Adamson runs at the Regent’s Park Open Air Theatre between 13 May and 12 June 2016. His novel, The Amazing Story of Adolphus Tibs has been adapted for stage by Morpurgo himself, alongside director Emma Rice and runs at The Globe between 11 August and 11 September 2016.