Two of our students were honoured to take part in the unveiling of a new English Heritage blue plaque today at the former home of Rudolf Nureyev.

2nd Year students Madison Bailey and Jordan Martinez posed for photographers at the unveiling at the four-storey house in Kensington, where dance critics Nigel and Maude Gosling kept a self-contained apartment for Nureyev, a close friend.

Jordan wore a costume that was once in Nureyev’s personal collection: a jacket and waistcoat in the Cossack style for the ‘Gipsy Scene’ in Act II of Rudolf Nureyev’s production of Don Quixote (1979 for The Zurich Ballet; revised 1983 USA Tour, Nureyev with The Zurich Ballet). The costume itself is labelled ‘83 Noureev, Nemethy Act II’, and may have been worn by Nureyev/Sandor Nemethy. The costume is on permanent loan to The Royal Ballet School Special Collections from Sarah and Johnny van Haeften.

‘The impact Nureyev had on British ballet is undeniable and his performances reached new audiences all over the world, with millions more seeing him in films and on television. It is a great pleasure to commemorate his achievements here today, at the building that he thought of as his London home.’

The Rudolf Nureyev Foundation has kindly supported several of our students over the past 11 years. These have included Ivan Putrov, Sergei Polunin, Vadim Muntagirov (now a Principal with The Royal Ballet) and most recently Laurynas Vejalis (now dancing with National Ballet of Canada).

While Nureyev owned his own house in London, he preferred to stay at this property, the Goslings’ house at number 27 Victoria Road, during his frequent and often lengthy stints in the city. The apartment was filled with the ballet dancer’s own antiques, records and books.

Born on the Trans-Siberian express shortly before the outbreak of the Second World War, Nureyev grew up in great poverty following his family’s evacuation from Moscow. At the age of seven, however, he saw the ballet Song of the Cranes, which sparked a determined dream to become a dancer.

Nureyev joined the Kirov Ballet School in Leningrad at the age of 17, and graduated to offers of soloist contracts from both the Bolshoi and Kirov ballets, the latter of which he accepted. After defecting from the USSR, Nureyev spent his life travelling, afraid that return to him home nation would prevent him from leaving again.

Rudolf Nureyev revolutionised the role of the male dancer from supporting the ballerina, to becoming a star in his own right. He was one of the first classically trained dancers to embrace contemporary dance, and his partnership with fellow-dancer Margot Fonteyn (video below) brought him fame in London and beyond in the 1960s. 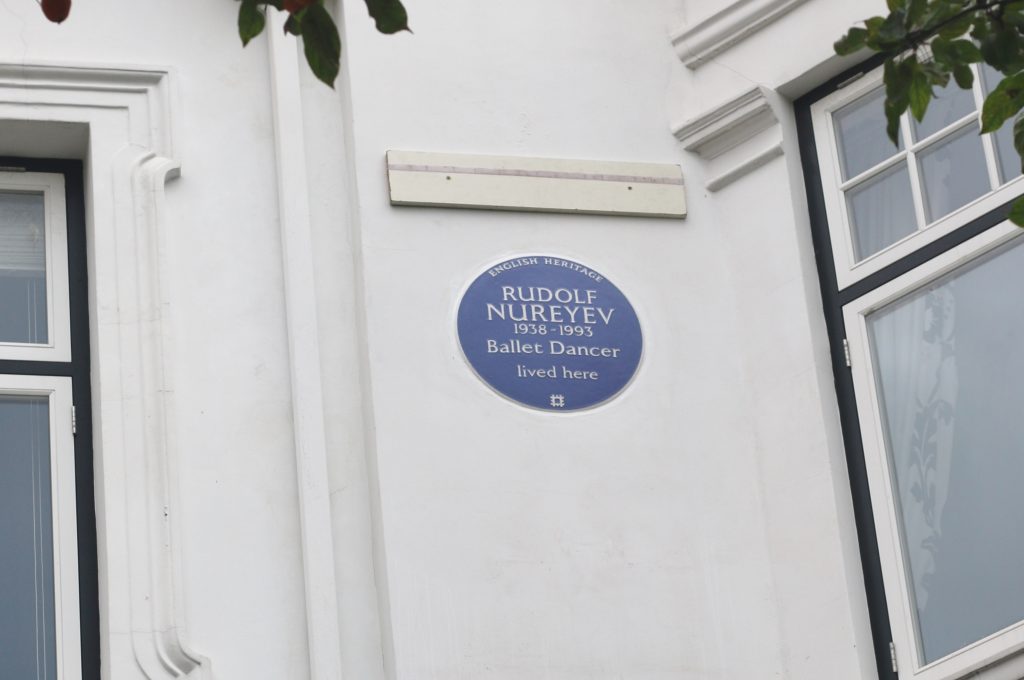