Performing in The Nutcracker

Since Nureyev premièred his version of The Nutcracker featuring Royal Ballet School students at the Royal Opera House in November 1967, it has become something of a tradition for the young students of the School to perform in each Royal Ballet production.

There are 57 roles in the cast and about 50 of them are Royal Ballet School students, and about 25 of those are from White Lodge. All students from Years 7, 8, 9 as well as the Upper School, are involved in the performances with these casts – making up about 75 students in total.

While being a privilege for the children, it isn’t a walk in the park: a full run of the show is between 21 and 27 performances. And these don’t stop over the School holidays – there are performances on Christmas Eve and New Year’s Eve. 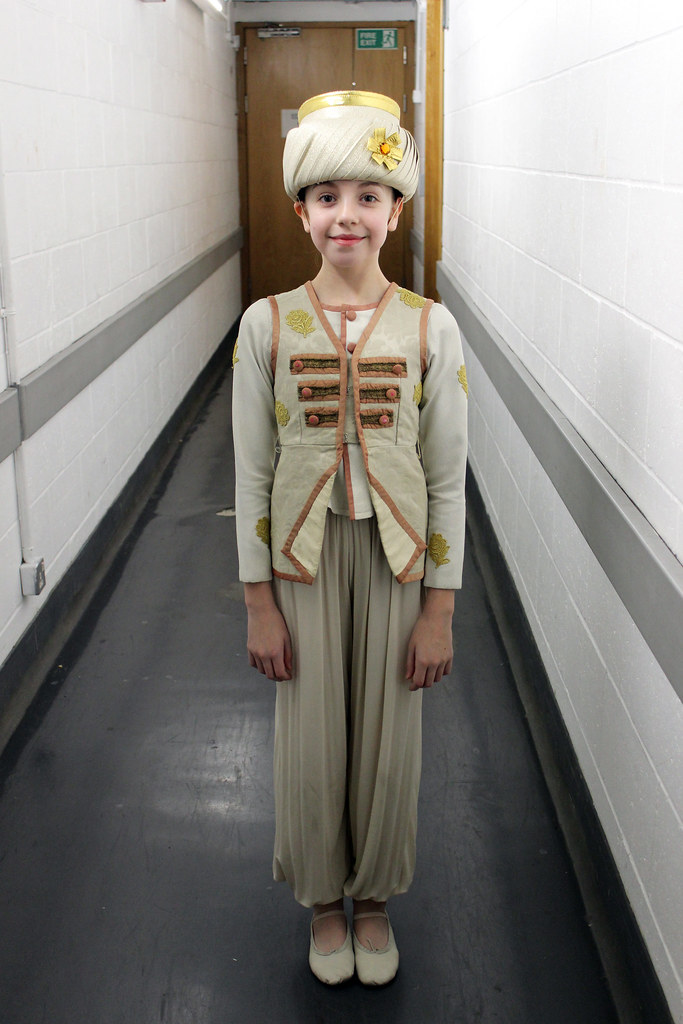 ‘It’s fantastic – especially when you get to work with all the professionals it’s really exciting. The whole company is incredible and it’s been amazing to share the stage with them. It’s really cool.’

Arthur, Year 7, who was cast as a Naughty Child and Small Soldier, said:

‘The naughty children open the scene at the beginning of the production and it’s really fun – you get to muck about a bit. The Small Soldiers have a bigger role – it is a lot to learn but after rehearsing a lot I started to really enjoy it. Then dancing it with the Company made it even better.’

Part of the fun of performance is the costumes and props, but they come with their challenges. Pippa said: ‘We had mouse heads and they were quite hard to see out of because they’ve got tiny little holes for eyes. And then we had swords and tails, so there was lot we had to be aware of. We had to learn how to use the swords without tripping on them – they’re made of plastic so they were quite safe. The tail is almost more dangerous because it’s so long – the Mouse King’s is particularly long! It’s also very hot under the mouse head.’

Eleanor, Year 8, said: ‘Even when you’re in costume you still have to think about your character. Just keeping up being a mouse is hard work – you have to make sure your hands are always mouse-like. You need to have a lot of energy – I hear that if you’re a good mouse you ache all over, which I did!’

A particularly exciting scene for the boys dancing Fritz is where he flies across the stage. ‘That was one of the best things about being Fritz – and it’s something not many people get
to do, fly across the Opera House stage!’ said Matthew, who danced Fritz in the 2012/13 production.

James, who performed Fritz in 2013/14, said: ‘They fitted us with harnesses and you have to aim at a certain mark and if you’re not on the mark at the right time they won’t lift you up so that’s the crucial part. If you get it wrong you end up swinging or sometimes turning the other way.’

‘That happened to me once,’ said Matthew. ‘The first time I ever did the flying scene I started turning towards the clock and the person underneath me had to grab my legs and turn me around to face the right way!’

For the children, dancing on stage with their role models is a particularly special experience. ‘It was brilliant to be dancing with Gary Avis as Drosselmeyer,’ said James. ‘He is inspiring – a great actor and one of my favourites, he really brings the tension and tells the story so well. He doesn’t play it evil but more spooky!

‘When I was doing Fritz and he was Drosselmeyer he lifted me up really high and it was pretty scary.’