We are proud to report that Ballet Teacher Anita Young received her MBE medal in a ceremony at Buckingham Palace yesterday. The MBE is for services to classical ballet and dance education.

Anita was presented the medal by Her Royal Highness Princess Anne in the presence of her husband, her brother and her son and daughter-in-law.

Anita said: ‘It really was a magical day – just wonderful and so special to be at Buckingham Palace which was quite something with all that history.

‘It made me think of how thankful I am for all the people who have helped me through my career, especially my mum. I wore her coat, her shoes and her rings so I felt like I had her there with me. Princess Anne kindly spent some time talking to me. When I told her I was still teaching, said “you look good on it!” which was a nice compliment!

‘It was quite funny because it was all very regimented (scarier than doing a solo), and quite a few of these very formal people came up to me to ask where my handbag was from!

‘We ended the day with dinner at the Ritz with my family which was just fantastic.’

As Soloist, she danced many principal roles and received the Evening Standard Award for Achievement. On leaving The Royal Ballet, Anita joined the Northern Ballet Theatre as Ballet Mistress and taught The Royal Ballet School Junior Associates.

Anita specialises in Cecchetti Major examination work and has been a guest teacher for schools and companies in the UK, Japan, Australia, Malta, Germany, USA, South Africa, Italy and Canada.

After working for Central School of Ballet, Anita joined the staff of The Royal Ballet School in 2004 and has taught at Paris Opera Ballet School as part of our Teachers Exchange Programme. 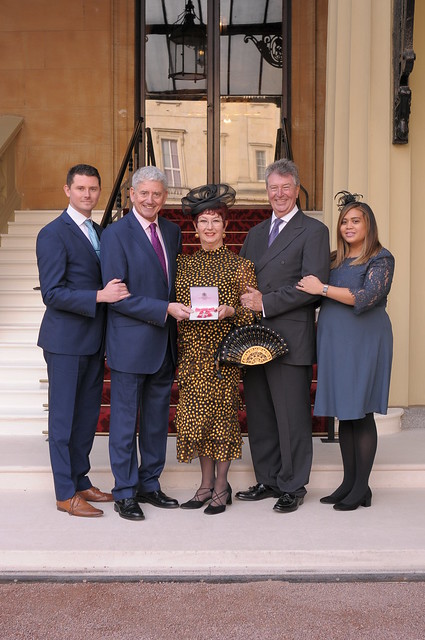